Our excellent colleague and wonderful friend Christian Schulte passed away on Tuesday 17th of March 2020, while in the company of his two sisters, after falling ill in early January and being diagnosed with an incurable illness. This is a huge loss for our community, as Christian was an outstanding contributor not only to the knowledge and practice of Constraint Programming (and Logic Programming before that), but importantly, to its soul. 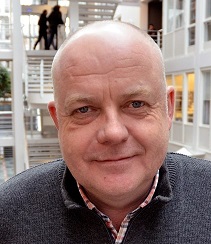 As you might know, Christian was born in 1967 in Germany, where he went to the University of Karlsruhe, to study computer science (with a minor in mathematics) obtaining his diploma in 1992. He then worked as a researcher and project leader at the German Research Center for Artificial Intelligence (DFKI) in Saarbrücken, where many of us met him through the ACCLAIM ESPRIT project, as he was one of the main designers and implementors of the well-known concurrent constraint programming language Oz and its great companion, the Oz Explorer. In 1997 he moved to Saarland University (right next to DFKI), to work as a researcher, and obtained a doctoral degree in engineering, with the PhD thesis “Programming Constraint Services”. It was during this time that he proposed and contributed to the Mozart programming system (an extension and implementation of Oz), and laid the foundations of the search architecture that would later be used in his Gecode solver. In 2002 he moved to Sweden to join the School of Electrical Engineering and Computer Science, at KTH Royal Institute of Technology in Stockholm, where he obtained a docent degree in computer systems and became a professor of computer science. It was there that Christian made one of his most significant contributions to the CP community: the design and implementation of Gecode, one of the fastest and most popular open-source propagation solvers available. It is difficult to overstate Gecode’s impact not only in the research community (with more than 500 citations and thousands of downloads), but also through its extensive use in the industry (for example by companies such as SAP). His focus on industry impact further grew from 2010, when Christian combined his KTH position with an expert researcher position at RISE SICS, where he developed very strong collaborations with Ericsson, working on the application of CP technology in optimising compilers.

As outstanding as his contributions to knowledge and practice in constraints research are, it is Christian’s human contribution to the community that many of us will miss the most. Christian was a very generous and committed colleague, who selflessly volunteered to help in all kinds of roles, from small roles in Doctoral Programs to big roles in the Executive of the Association of Constraint Programming, to which he was elected by the community in 2006 and again in 2019, becoming its Secretary. He was also a champion of gender equity and diversity, and a very dedicated and much appreciated advisor and mentor of many students and early career researchers. His integrity and honesty were renowned, which together with his extensive experience and wisdom, made him the perfect colleague to handle difficult tasks. He was indeed one of the main people I turned to when I needed advice.

And for those of us who were lucky enough to call him a friend, we will always remember his contagious energy, his warmth and playfulness (that booming laugh and cheeky smile!), his compassion and care for others, and his endless love of all the good things in life (and some not so good, like his constant cigarettes :-)). He was enormous fun to be around and will be sorely, sorely missed. What a devastating loss. I cannot imagine a CP without Christian.